David Hoffman, CALMNESS OF SPIRIT Album Among The Winners In The 10th Annual Independent Music Awards 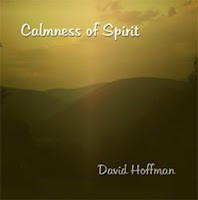 With thirteen years under his belt as trumpet soloist/arranger for Ray Charles, David Hoffman has the experience to release music with the wingspan of an Eagle. As a departure from David's usual role as a straight ahead jazz artist, Hoffman created a beautiful melodic and ambient piece of striking beauty called CALMNESS OF SPIRIT. Those looking for a serene meditative voyage into the heart of themselves will be pleased with their listening experience.

Beautiful NewAgeMusic.com states: His playing and composing reminds me of Paul Winter and David Darling, both of them New Age Grammy Award winners with experience in jazz. The simply stated horn melodies also evoke trumpet player and film composerMark Isham.

The album was recorded for his wife Julie who is a recovering cancer patient. CirclesofLight.com states: I have not heard an album quite like this. Calmness of Spirit is entirely enchanting and wholly serene, offering listeners a valuable escape from whatever hectic day life cast upon them. This jazz album infused with worldly new age sounds and the backdrop of Mother Nature is stunning, and offers a great soundtrack for therapeutic purposes.
The album is available in all the usual locations such as iTunes, Amazon, CDBaby, CMC and itsaboutmusic.com Also available direct from www.pauladams.org