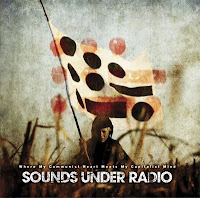 Through their highly melodic Americanized Brit Rock flair - reminiscent of bands like Muse, Keane, and Brand New - Sounds Under Radio has forged an audience and a sound uniquely their own. You can stream it in its entirety on MuchMusic.com First Listen.
Where My Communist Heart Meets My Capitalist Mind is an album that investigates a marriage of opposites and the collision of conflicting forces. In other words, the everlasting battle of HEART versus MIND.
Things are continuing to snowball for the band these days. Since infiltrating television airwaves with their lead single “Sing” added as the new promo song for American Idol and a series of song placements on the Vampire Diaries show, Sounds Under Radio were recently invited to FOX’s Good Day Austin for an acoustic set.
Tour dates: