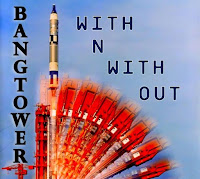 BangTower was designed from the beginning to explore new musical landscapes by bringing together artists from different musical specialties, disciplines and physical locations to create something exciting and exceptional. When numerous unavoidable and unexpected scheduling issues arose with the core members after production of the new record had started, the concept was expanded to include several other friends of the band as guest musicians to complete the record. The result turned out even better than anticipated and remained true to the BangTower ideal.

By combining digital technology and traditional studio recording techniques, musicians from New York, Chicago, Los Angeles and Hawaii were able to collaborate, write and record intricate, soulful music with a distinctive and fresh personality that is can be enjoyed numerous times. Compositions that challenged each player's imagination and style by pushing the edge of their musical “comfort zone”, while remaining familiar and accessible to both the musician and non-musician fan alike. Although each piece of music is an exceptional stand-alone masterpiece, each track remains an integral part of the over-all context and feel of the album, and the BangTower project as a whole.

With N With Out