One of music's most innovative and eclectic ensembles Magma will be performing select North American dates beginning in April 2015! Swirling riffs in odd time signatures, theatrical choir arrangements, heavy and distorted pulsing bass guitar, bombastic and minimalistic (sometimes both at the same time), dark and brooding, adventurous and angelic, jazzy or classical, but always with the highly innovative and original drums of founder and main composer Christian Vander. On the forthcoming US dates the legendary ensemble will be performing selections of new and classic Magma music!

“MAGMA is happy to return to the United States to play for Americans. We know you are passionate, respectful and curious about music. We find you to be generous and open. It will be a joy for us to see you this year.” - Christian Vander

Magma was founded in Paris in 1969 by Christian Vander, who derived his inspiration from a "vision of humanity's spiritual and ecological future" that profoundly disturbed him. Vander was a self-taught musician, who received some tips from drum legend Elvin Jones. In the course of Magma's first album, the band tells the story of a group of people fleeing a doomed Earth to settle on the planet Kobaïa. Later, conflict arises when the Kobaïans, who are descendants of the original colonists, encounter other Earth refugees. A distinguished aspect of Magma's music is that Vander actually invented a constructed language, Kobaïan, in which most lyrics are sung. Later albums told different stories set in more ancient times; however the Kobaïan language remained an integral part of the music. Reportedly, Christian Vander is also highly influenced by the work of jazz legend John Coltrane. “For my work, it is still Coltrane who actually gives me the real material to work on, to be able to move on.,” says Vander. 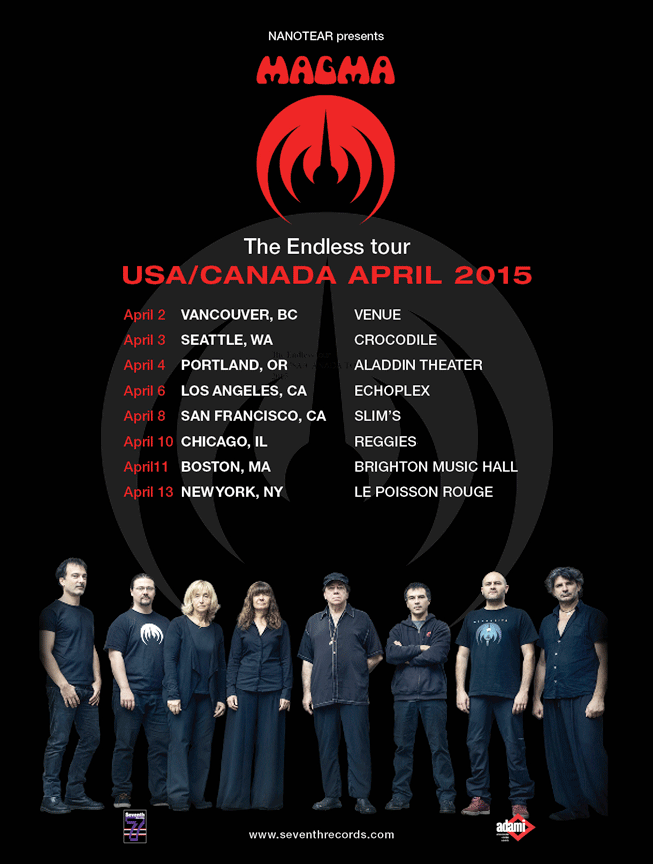 Email ThisBlogThis!Share to TwitterShare to FacebookShare to Pinterest
Labels: Magma