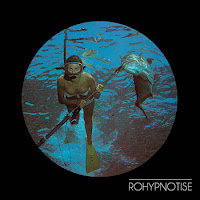 Lucola Bang, the main man behind Brooklyn (by way of NZ) dream-pop outfit Rohypnotise, describes his band as "The BeeGees if they were really poor and on crack." He's had his fingers in a plethora of pies over the years, from interviewing Grizzly Bear on Brooklyn Vegan (here) to gracing the cover of Melbourne Australia's Beat Magazine (where he was working as head designer and infamously hijacked the cover the week he quit with a naked drawing of himself and the caption "Sayonara Bitches, It's Been Real").

Rohypnotise's debut, double A side single “Fade to Gray” / “Gamma Rays” is out now on NYC based indie label Straight to the Sun (NZCA/Lines, The Datsuns).


Rohypnotise - Fade To Grey from Bon Bon Espiritu on Vimeo.