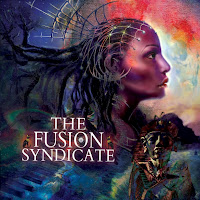 One of the most amazing collection of jazz-fusion and progressive rock legends ever to assemble on one CD has happened with the new release by The Fusion Syndicate on Purple Pyramid Records. Brought together by multi-instumentalist, producer Billy Sherwood (Yes, CIRCA:), who gave us the fascinating release by the Prog Collective earlier this year. Now, Billy has produced, recorded and written tracks for a new jazz-rock-fusion supergroup of musical virtuosos – The Fusion Syndicate!

“When I was asked to write/produce a fusion record I jumped at the chance. I've always had a deep love of Jazz and Fusion music having grown up listening to Weather Report, Return To Forever, the Mahavishnu Orchestra among many others in the genre. The record has become a musical dream team, including some of the world's most reknowned players in the field. The music reflects a time when virtuosity was the standard and incredible musicianship was the order of the day. Each artist sharing their talent and skill, blending it all into a bigger musical picture, creating an amazing expression of unity and purpose. I'm honored to be a part of it all and I thank all the artists who joined me on this journey, they have all lifted the music to a higher level.” - Billy Sherwood, producer

"Always a pleasure to work with Billy Sherwood and all the other musicians he chooses. Add some great music and the combination is complete." - Rick Wakeman

“Fusion music gave me a way to relate to jazz. I liked the rock energy, and the unexpected twists, turns and rhythms that made it fun to play. So, it's a big influence on the direction I took.” - Steve Morse

The Fusion Syndicate is avaliable from Purple Pyramid Records and can purchased at:
http://cleorecs.com/store/shop/the-fusion-syndicate/