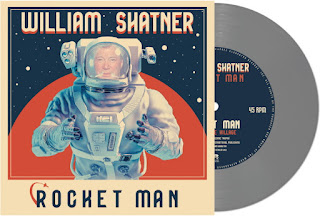 Not many real life events can elicit chills from sci-fi fans but when William Shatner, who portrayed space captain James T. Kirk on the long-running sci-fi series Star Trek, was actually flown into space aboard the Jeff Bezos-owned Blue Origin rocket, well, even the most cynical among us couldn’t help but feel a certain amount of astonished delight!

Get your copy now before the Klingons destroy them all!