NYC based singer-songwriter Arthur Lamonica’s latest album with his new group Rome 56 reengages his catchy and smart tunes reflecting his signature sound. Since the 1970s, the songs he’s penned and performed, including a CBGB jukebox favorite - The Shirts “Tell Me Your Plans” - have inspired countless fans worldwide. Fast-forward to 2022, and his dozen songs on “Days Of Carefree Living” focus on a tight pop rock sound as its title track suggests.

Dive deeper into the album and the sound shifts by offering some gentle, folksy tunes like “A Happy Man” and “It’s Raining in Paris.” Hints of Lamonica’s former band reverberate in the sounds of retro rock on “In This Place” as well as his bluesy “As I Stroll Through The Night.” The home recording mode (due to lockdowns) makes it a fun, homespun affair.

The band with Arthur’s wife Kathy Lamonica as the main contributor in keyboards and vocals, will be back on the road in 2022 with tour dates across the UK and Europe, specifically the Netherlands where Lamonica’s sound continues to gain popularity. 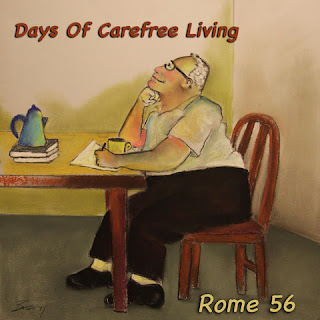