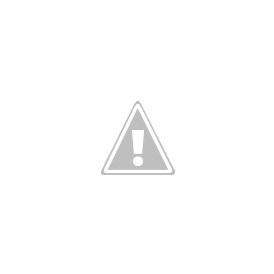 The DOUBLE VERTICAL MUSIC VIDEO is a special format, in which two different music videos are both shot vertically and uploaded on YouTube separately as side right and side left. When two smartphones are close to each other and the videos start together, the viewer can see the full story, in which scenography and animations result in one single video.

In the “Jackpot” music video, shot by Davide Bastolla (Bastimotion), Federico meets Chricchio (Christian Dei), an average teenage boy going through the typical problems of his age, such as love troubles and fights against school bullies. When Federico runs into Chricchio, he gives him a special walkman that completely changes Chricchio’s life. Chricchio overcomes all of his fears and manages to win the girl of his dreams over — played by the famous Italian tiktoker Jennifer Preda.
"The Double Vertical Music Video idea came to my mind even before writing the record. During the pandemic I set myself the goal to create something completely innovative, capable of bringing people together through social platforms – Federico Baroni says – I tried to tell the story behind the song through the music video. My life as a teenager was very similar to Chricchio’s: music changed everything for me, and this happens to him as well. I wanted to show how it is best to simply enjoy life, rather than letting social and psychological factors become our own limit. Music can save us in difficult moments, and I hope that my song “Jackpot” can make people smile".

“Jackpot” has been written by Federico Baroni and Federico Sambugaro Baldini and produced by Riccardo Scirè. The song has been released two years after “Non pensarci”, Federico’s first album which peaked #22 of the FIMI (the Italian Weekly Music Chart of the bestselling albums) on its release date and was presented to the public with the first Italian “outstore”.

“Jackpot” is a pop song, reflecting on the importance of freedom in our life. Behind a funky rhythm, there is a deep analysis of what life has been during the past year, with our own freedom being strongly limited.

Federico Baroni states that: «In the first part of “Jackpot”, I sing about how sometimes we only have futile desires and go after appearance rather than substance. Thanks to music, I realized that the most important thing is sharing moments with our loved ones — this is what the second part of the song is about. Freedom is fundamental to live happily with ourselves and others. With “Jackpot” I want my listeners to think about what we have taken for granted before and what we really learned to appreciate in the past year».

Federico Baroni was born in Rimini in 1993 and he is the most followed Italian busker on social media (+40K follower on Instagram, +2 million streams, +27K subscriptions and 4 and half million views on YouTube, +20K on Facebook). At the age of 18, he moves to Rome, where he studies Economics and Management and attends the master’s in music business at the LUISS University. At the age of 21 he begins to write music and to perform as a busker. In 2015 he embraces a Summer Tour, busking all over Italy and documenting the experience on his social media. In 2016 he participated to the auditions for “The X Factor”. During the same year, Federico is the guest of “Edicola Fiore”, the show of Fiorello, one of the two presenters of Sanremo 2020 and 2021. In 2017, he is one of the cast members of “Amici”, the most followed Italian talent show. After this experience Federico releases his debut single “Spiegami”, performs for important brand and events such as Bulgari and Grand Prix Formula E and shares the stage with Emma Marrone in Rome. In April 2019, Federico releases the song “Profumo” and “Non pensarci”, his first album, which was presented to the public with the first Italian “outstore” in Milan and peaked at #22 of the FIMI (the Italian Weekly Music Chart of the bestselling albums) on his first week. In the same year, Federico was opening act for the concerts of Max Gazzè and James Morrison. Federico is currently writing his second album, which is produced by the multi-platinum producer Riccardo Scirè.
<JACKPOT>

The Italian singer FEDERICO BARONI is the first artist in the world to release on YouTube a DOUBLE VERTICAL MUSIC VIDEO, for his brand-new record “JACKPOT”, available on all digital platforms.