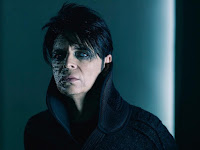 The iconic and highly influential Gary Numan has announced a North American headlining tour this fall. Beginning in Santa Ana, CA on September 4th, Gary will take his electric live show throughout the US and Canada before wrapping in Los Angeles on October 6th.

Following the release of his 22nd studio album, Savage (Songs From A Broken World), Gary hit the road last year for the first leg of his Savage North American Tour. Both the record & tour drew rave reviews from audiences and critics alike.


"Gary Numan's new album is a soundtrack for the Trumpocalypse." LA Weekly

"With Savage, the '80's new-wave icon is back - and better than ever." Electronic Musician

"If there were a word bigger than 'legendary', now would be a pretty great time to use it. Gary Numan is not just a musician, but a pioneer of sound." The 405

"You have an opportunity to come along for a marvelous ride with a musician at the peak of his powers when he performs." The Bay Area Reporter

Savage (Songs From A Broken World) is an album with a narrative that is set in an apocalyptic, post-global warming Earth in the not-too-distant future. There is no technology left and most of the planet has turned to a desolate desert wasteland. Food is scarce, water even more so and human kindness and decency are just a dim and distant memory. Western and Eastern cultures have merged, more because of the need to simply survive than any feelings of greater tolerance or understanding. It is a harsh, savage environment, as are the survivors who still inhabit it.

While Numan was writing the record, Donald Trump was elected President of the Unites States. It made sense to make him and his climate decisions the catalyst for the apocalypse theme of the album.


The album was produced by long-term collaborator Ade Fenton, with recording sessions split between Numa's own studio in LA, and in the UK. Numan and Fenton's creative connection dates back to 2006's Jagged. "Ade is not only extremely creative but ridiculously hard working, even in difficult circumstances," says Numan. "It's easy to discuss alternative ideas with him, he's not precious about things and is always looking to make the music better, even if that means, on very rare occasions, undoing his own work and starting again."

For tickets and full list of dates, please visit HERE.

For more information on Gary Numan: