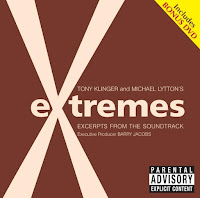 Available for the first time on CD and DVD, “Extremes” is the 1971 film Directed by Tony Klinger, Mike Lytton. It covers the whole gamut of present day human behaviour, from carefree pop fans bathing nude at the Isle of Wight to withdrawn, pathetic junkies hastening their own deaths with hard drugs. Such is the range encompassed by the so-called “permissive society”, doubly significant because it usually involves young people who have either never known discipline or are rebelling against an overdose of it. They can't change society so they have no alternative but to drop out from it. In some of the most natural and remarkable film footage ever obtained, Tony Klinger and Michael Lytton have captured a unique cross-section of them going their chosen ways, and talking freely and frankly about doing so. Nothing was pre-arranged, nothing rehearsed: everything was filmed as it happened. Hippies, junkies, Hell's Angels, alcoholics, drop-outs - all fall into the category of nonconformist minorities. 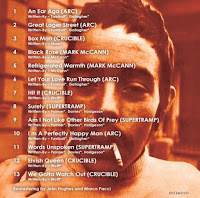 Accompanying this incredible film is an equally amazing sound track produced by Supertramp, Arc, Crucible and others. The sound track album was released on Deram and is so rare it sells for in excess of £250 and has never being be released on CD before.

Available from Gonzo Multimedia, this DVD/ CD package with an extensive booklet of photographs from the set and sleeve notes by Tony Klinger finally pays justice to this unique film.
Extremes