The Greatest Bad Movies of All Time, a New Book by Phil Hall 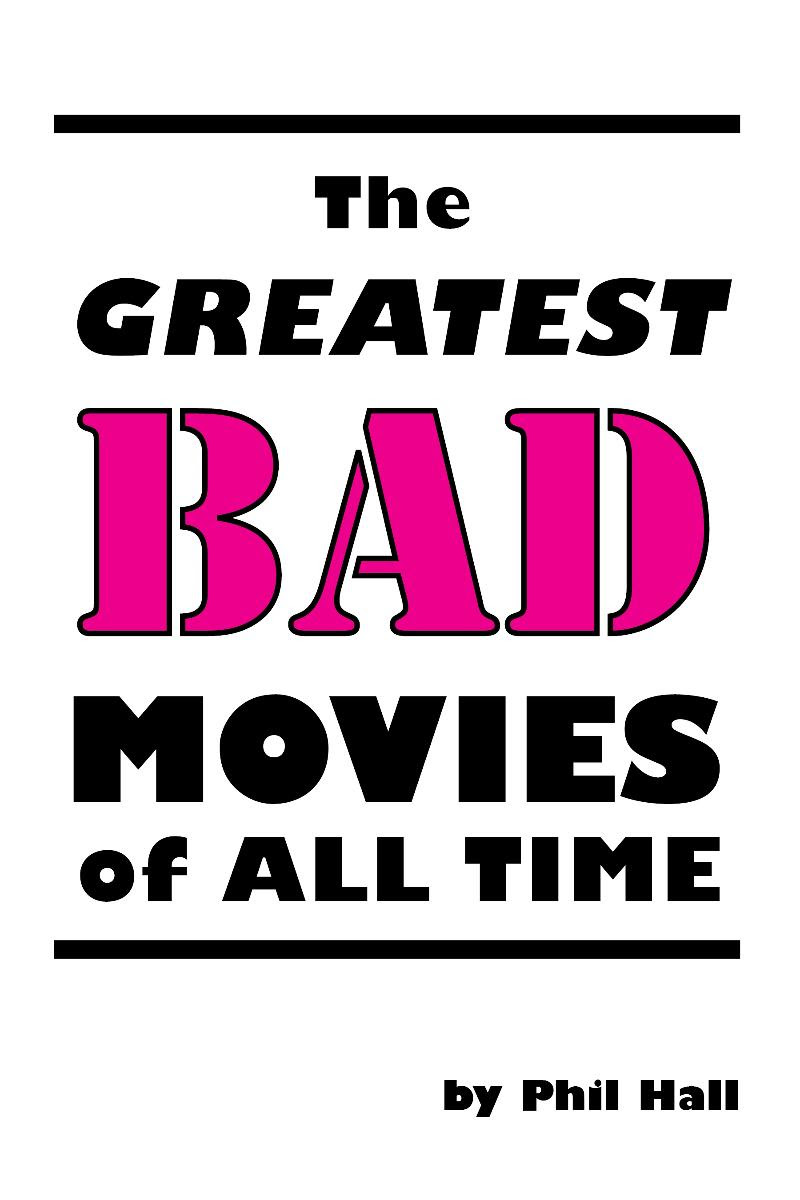 Bear Manor Media announces the release of The Greatest Bad Movies of All Time, the latest book by noted film writer Phil Hall. This new celebration of cinematic inanity will be available beginning August 12 for a suggested retail price of $21.95.

These are the films that inspire wonder - you are left wondering how seemingly intelligent people could gather together and spend money to create such bizarre productions. From A-list atrocities to Grade-Z zaniness, 100 of the most wonderfully warped anti-classics have been gathered together for this celebration of cinematic kookiness.


Relive the jaw-dropping spectacle of John Wayne as Genghis Khan, Halle Berry as Catwoman, Jack Palance as Fidel Castro, and Jerry Lewis as a Gore Vidal-inspired extra-terrestrial. Sing along with a naked Anthony Newley, tap your toes to a "Pennsylvania Polka" dance number in the middle of an unauthorized remake of A Streetcar Named Desire, watch a suicidal Elizabeth Taylor run amok in Rome and appreciate Coleridge's poetry with topless women.

Hook up with Edward D. Wood Jr., Phil Tucker, Tommy Wiseau and their peers in the so-bad-they're-good genre, and marvel at how cinema royalty including Stanley Kubrick, George Cukor, Michelangelo Antonioni and Clint Eastwood could conceive celluloid debacles of an unprecedented scale. When it comes to shock and awe, nothing compares to
The Greatest Bad Movies of All Time.

ABOUT THE AUTHOR: Phil Hall is a contributing editor for the influential online site Film Threat, where he is best known for his long-running weekly column The Bootleg Files. His previous books include: The Encyclopedia of Underground Movies (2004), Independent Film Distribution (2006) and The History of Independent Cinema (2009). His film writing has also been published by the New York Times, New York Daily News, Wired and American Movie Classics Magazine.

ABOUT THE PUBLISHER: Founded in 2001, BearManor Media is an independent book publisher specializing in titles related to all aspects of the entertainment world. For more information, visit the company online at www.bearmanormedia.com.