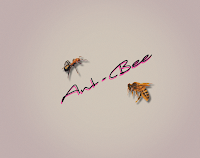 Music collectors across the planet are clamoring about the release of the rare out-of-print psychedelic debut album by avant-garde music artist ANT-BEE titled 'Pure Electric Honey' on CD for the first time by Gonzo MultiMedia UK! Possibly one of the most unusual acts to emerge from the US in the early 1990's, ANT-BEE's music defies categorization, yet acts like Syd Barrett's Pink Floyd, Smile-era Beach Boys, The Mothers and Sgt. Pepper era Beatles immediately spring to mind upon listening. At the time of release many thought the album was an unearthed lost gem from the 1960s, while others didn't know what to think....

Andrew Stecz, Cincinnati Music Examiner touts, “ANT-BEE's 'Pure Electric Honey' was a dense synthesis of Syd Barrett's eccentric pop of Pink Floyd and the oneiric vocal harmonies of The Beatles and Beach Boys psychedelic pop. When everyone else was trying to sound louder, angrier, more paranoid, more depressed, ANT-BEE was reaching back into the '60s of Frank Zappa, The Beach Boys, The Beatles, Pink Floyd and re-imagining their consciousness for the late 1980's and 1990's, showing the ability to mimic as well as improve upon the great progressive artists of 'the golden age' of rock. 'Pure Electric Honey' is a dream of the 1960's cut up, glued back together, and enameled with sugar to a highly sweet and overwhelming gloss. The percussion is good, The vocals are great. The various tape manipulations are what make ANT-BEE a master, and what makes the previous two and other elements pop till you drop!”

Through a series of musical experiments in the recording studio back in 1987 in Los Angeles, ANT-BEE was born! In 1988, ANT-BEE was signed to Los Angeles record company Voxx/Bomp Records. The first Ant-Bee album 'Pure Electric Honey' garnered rave reviews worldwide, propelling ANT-BEE to overnight legend status in the European underground. The album also featured guest performances by Bob Harris (Frank Zappa) and Rick Snyder ( Captain Beefheart ). In support of 'Pure Electric Honey', ANT-BEE filmed a series of videos ("Here We Go Round The Lemon Tree" and “The Girl With The Stars In Her Hair”) which were viewed in Los Angeles, Japan and Canada. Also during this period ANT-BEE recorded a cover version of the Beach Boy's "Do You Like Worms?" from the legendary aborted 'Smile' sessions. Oddly through a bizarre turn of events the ANT-BEE cover version of the song was mistakenly played on a Beach Boys radio show as a rare Beach Boys demo. In turn the track was released on several elaborate European Beach Boys bootlegs as an unreleased outtake from 1966!

ANT-BEE would go on to release several more critically acclaimed albums in the '90s and 2000's that would feature guest appearances by original members of the Mothers of Invention, ex-Capt. Beefheart's Magic Band members, original members of the Alice Cooper group, Daevid Allen and Gilli Smyth of GONG, Peter Banks, Jan Akkerman and many other notable music artists. GONZO MultiMedia will be re-releasing ANT-BEE's back catalog, as well as the unreleased 'Child Of The Moon' EP, featuring Michael Bruce of the Alice Cooper group and artwork by Daevid Allen.