Iggy & the Stooges "Raw Power Live: In the Hands of the Fans" To Be Released on DVD and Blu-ray September 27, 2011 via MVD Entertainment Group 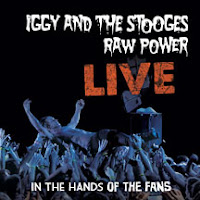 Iggy & the Stooges "Raw Power Live: In the Hands of the Fans" is the visual document of the reformed Stooges' (Iggy Pop, Scott Asheton, James Williamson, Steve Mackay, Mike Watt) Raw Power performance at the All Tomorrow's Parties Festival on Friday, September 3, 2010.

Iggy and the band sound flawless as they rip through the archetype riffage of "Search and Destroy," "Raw Power," "Gimmie Danger" and more.

"Getting this top-notch performance of the entire Raw Power album by The Stooges realized a life long dream," Iggy Pop "This shit really sizzles and we are so obviously a crack band in a class of our own."


MVD Entertainment Group, an industry leader in producing and distributing music-related audiovisual content, launched the In the Hands of the Fans series with the intention of utilizing the energy and talents of fans, who by means of an online video submission contest, win the opportunity to film a performance of their favorite band in HD and then interview the band members after the performance. The result is a high quality, low cost, unique program that is part concert film and part reality TV show.