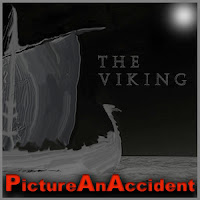 Emerging rock music artist Picture An Accident (www.pictureanaccident.com) has just released the single "The Viking."  The single represents the first in a series of singles to be released over the next year.  Writer/producer David Morris explains, "Instead of producing a full album of material, which takes a great deal of time, I decided to experiment by making the songs available as soon as they're completed. Doing so has allowed a new approach toward producing each song without the distraction of simultaneously producing other songs. Once a song is finished, cover art is developed for that song, then it's on to the next."

David, whose father was the legendary actor Howard Morris (http://www.imdb.com/name/nm0606593/), adds "Picture An Accident is influenced by bands like Muse, Linkin Park, VAST and Foo Fighters."
The debut album by Picture An Accident (released in 2010) features seven songs penned by David Morris, including "Gotta Be Mad" and "Heaven or Hell."  The album achieved rotation on over 30 college and commercial radio stations across the United States.
Picture An Accident music is available at iTunes, Amazon, cdBaby and most major online music stores.